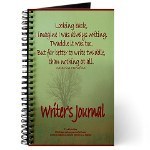 The WRITE Way for Gifts and Promotion Products for readers and writers.

A MOMENT IN TIME

LuvU4Ever. That's what was engraved on the gold heart David gave Noelle when he proposed. Can love last forever? I told you never to call me at home.
Or can 9 words destroy a forever love?

LuvU4Ever, a highly sensual romance short story, is FREE at all ebook sellers.

I give away free books as a way to introduce my writing to Readers who may not have read my books before. The only thing I ask is that you leave a short review if you like this romance and tell your friends about it please.

A Moment in Time is all it takes for Love to blossom.

New Year's Eve is the perfect time to yield to a crazy impulse.

Cheyenne Smith, better known as C. A. Smith to her co-workers, decides New Year’s Eve is the perfect time to give in to insanity and throw herself at Luke Harper, the man she loves, and hope that he catches her.

This romance short story has David and Noelle Morales, featured in LuvU4Ever, playing matchmaker for Cheyenne and Luke.

A Moment in Time is all it takes for Love to be Revealed.

Chloe Elliot was the good girl. She’d never been a hell-raiser. Never gotten drunk, used drugs, smoked pot, or slept around. She didn’t even curse! Since her dad was the son of a minister and the oft-elected mayor, and her mom was the elementary school principal, she'd had no choice but to live a life above reproach. Truthfully, it really hadn’t been that difficult.

Until Hunter Cole returned to his home town.

That was the beginning of Chloe's fall from good girl status. There was just something about the man that addled her brain and created havoc in her body.

Hunter Cole reckoned he had the best of all possible worlds. He'd played for the NFL, and even though two back surgeries had ended that career, he was lucky enough to follow in his dad's footsteps and work the family ranch and also follow his granddad's path and be the sheriff in his west Texas town. Life was perfect.

Until he dropped by the library to say hello to his best friend's little sister.

Chloe wasn't so little any more. In fact, just looking at her made his common sense evaporate. She affected him like no other woman--and he'd had women throwing themselves at him since he was a high school quarterback! If he made a move on her, her brother would nail his hide to the wall. There was only one thing he could do, but did he really want to do that? The thought of it made his bachelor heart shudder with alarm.

Blame It On Chocolate, a sexy romantic comedy, can be found at Amazon for only 99 cents.

Blame It On Chocolate

ALL BRIDES ARE BEAUTIFUL: Romance Series

The Trouble With Love

THE GOOD, THE BAD, AND THE GIRLY: Romantic Comedy Series